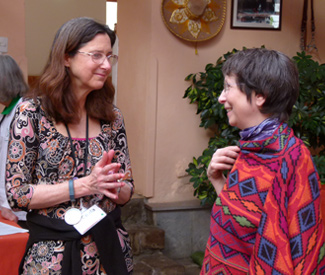 Quakerism arose out of a desire to return to "primitive Christianity" at a time of political and religious turmoil in England, and it spread rapidly to other countries. Over the past 350 years this growth continued with varying aspects of early Friends’ beliefs emphasized among different groups. As a result, today the Religious Society of Friends is diverse in beliefs and ways of worship.

What do Friends believe?

The essence of Friends’ faith is that God dwells within each individual and is accessible, without intermediaries, to anyone who is open to a relationship with the Divine. This belief in the immediate presence of the Light of Christ within the soul and its power to transform us into sons and daughters of the Divine, has always been a vital message.

Some Friends (Evangelical) emphasize salvation through Jesus Christ, and some have been influenced by the Holiness movement in exercising personal piety. Others (Universalist) emphasize the universal love of God towards humanity across faith traditions.

Books of Faith and Practice, sometimes called Books of Discipline, are the guidelines for living out our faith. Different groups of Friends (yearly meetings) have their own books. Read a sample of yearly meeting books of Faith and Practice from the different branches of Friends. You may also request our pamphlet via download or we would be happy to also mail you copies of the pamphlet. "What is Quakerism? Friendly Answers to questions about American Quakers."

How do Friends worship?

Friends worship in congregations known as meetings or churches. Some Friends, known as "unprogrammed" or "silent," follow the tradition of the first generation of Friends, gathering in silence, listening to God, with no prepared order of service. This form of worship is practiced both by Conservative Friends who strive to conserve early Friends' practices and also by a broader group who value tradition. Most unprogrammed Friends call their places of worship 'meetings' or 'meetinghouses.'

Others, known as "programmed," "semi-programmed" or "pastoral," have routine patterns of worship with an order of service, hymns, prayers and a prepared message. Most of these retain a period of silence or open worship to allow space for God to speak. This form of worship is now the most common because of a greater willingness to evangelize and spread the faith. Many of these Friends call their places of worship churches, though some have retained the traditional name of meeting. Most programmed or semi-programmed meetings have pastors.

QuakerSpeak: What's the Difference between "Programmed" and "Unprogrammed" Worship?

How are Friends organized?

Churches or meetings are often called monthly meetings because they meet once a month to attend to the business life of the community, such as acceptance into membership and repair of property.

Many yearly meetings are part of a larger grouping of Friends. These include: 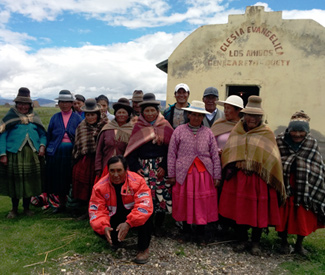 Where in the world are friends?

In the past, Friends were predominantly in North America and Europe, but through migration, service work and missions, they can now be found in almost 80 countries of the world. The largest concentrations of Friends today are now in Kenya, the USA, Bolivia, Guatemala, Britain and Burundi.

Do you have questions regarding Quakerism and would like to find out more? Visit the Ask A Friend area of our site to find answers to common questions, or submit your own.